A person living in Dallas, Texas was concerned about a Mastiff. The dog was eight months old when this person brought him to the DFW Rescue Me, which is a shelter. According to this person, the Mastiff was born as a stray.

The shelter named the Mastiff as Brady. Brady was quite emaciated when he was brought in and he was so weak that lifting his head was almost impossible. His bones were already showing.

The vets working at the rescue group thought that the puppy was neglected and he also was abused. They also did an examination of the puppy and they discovered that Brady was suffering from worms, anemia, and mange.

Brady was helped by the humans at the shelter. He also got help from Rose, a shelter dog who was a rescue dog and knew heartaches herself.

Two years ago, Rose was just like Brady. She was scared, malnourished, and was injured. She was also brought to the shelter and they helped Rose heal and get a perfect family.

Dennis Moore owns Rose and he brought her to the shelter one day to donate some blood. According to Dennis, when Rose met Brady, they had a connection. Rose saw Brady and stared at Brady as if she knew how Brady was feeling.

Brady was in need of medical help at that time and it was a good thing that Rose was there to give him some blood.

Jim Wenger, who is the president and one of the founders of the shelter, said that Rose’s blood helped Brady a lot to heal.

In no time, Brady was already interacting with the humans in the shelter. He also started exploring the place. He was also noted to be very happy when Rose comes by for a visit.

This is a very special day for our little Brady Justice. Today is his 1st birthday!! We're also thrilled to announce that he has been adopted! Brady came to us just 4 months ago within hours of dying. We don't understand how an owned dog can get this bad but we're so glad he found his way to us! Brady's life was saved by fellow Justice dog, Rose Justice, who donated her blood not once but twice, as well as our amazing vets! Brady was then able to start healing on the inside and become the playful bouncy puppy he was meant to be! Within just a couple of months Brady was a completely different dog and quite the love bug. He loves everyone he meets, two or four legged, which makes sense that it was love at first sight when Deb & George saw him. They are part of our family now and we could not have asked for a better home for Brady. Happy life buddy! 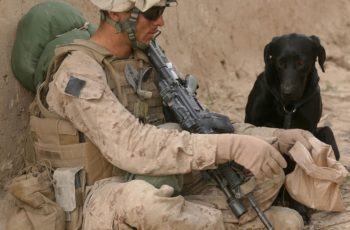 Among the dogs across the planet, we can never deny … 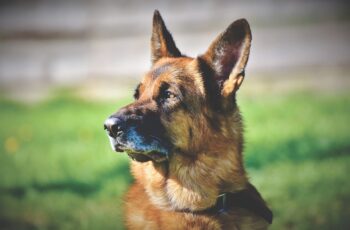