It was one of the worst cases of dog hoarding the rescuers has seen. It was also heartbreaking as these dogs as lost their homes and some siblings to the fire. The house that they have been living in caught fire and left them with nothing.

The owners started with one female dog which got pregnant, and it multiplied from there. The owners ended up with a total of forty dogs in their possession. When the rescuers got there, the dogs were running everywhere.

They could not chase them due to the fear that they may run too far and not know their way back. The rescuers started with the dogs that were near enough to catch. They brought treats to lure the dogs and get them on a leash.

It was a long day for everyone as they had to make sure they catch every single dog in the premise. When all the dogs outside were found, they only had one left to rescue inside the house. The male dog inside the home was hiding at the back of the stove.

When they lured him with treats, they could see that he was limping. The dog named Big Boy had a sprain. Big Boy was not the only one who needed medical care; they all did. When the team was sure that they caught every single dog, they brought them to the vet to have them checked out.

The team was able to gather and rescue twenty-eight dogs who survived the fire. Because of situations like these, the team want to educate people and spread awareness. If the owners were knowledgeable enough, this could have been prevented.

As for the rescuers, it was one of the most emotional rescues that they have ever been in. They are just thankful that the dogs are now safe, and some of them even got adopted. Ther rescuers know that their job is worth it. 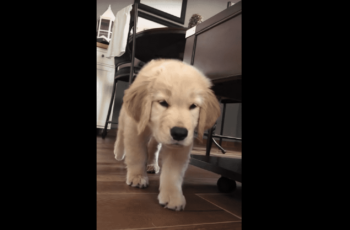 Honing a certain skill takes years and years to master, … 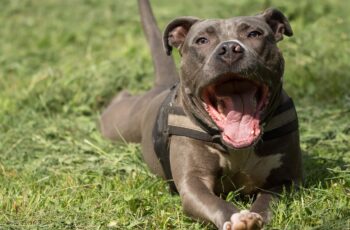 Last September, a loving English staffy named Peggy was out …