Volunteers from Animal Aid Unlimited stroll the streets in India to check and see if an animal needs help. While they always wish not to find any, they often end up rescuing a dog and bringing it home to their rescue center. And not too long ago, they found a mama dog whose baby badly needed help.

As the rescue-workers checked the residential area, they heard a dog that desperately cried for help. At first, they thought the animal was hurt. But as they got closer, they realized the mama dog’s cries were a call for help for her injured puppy. 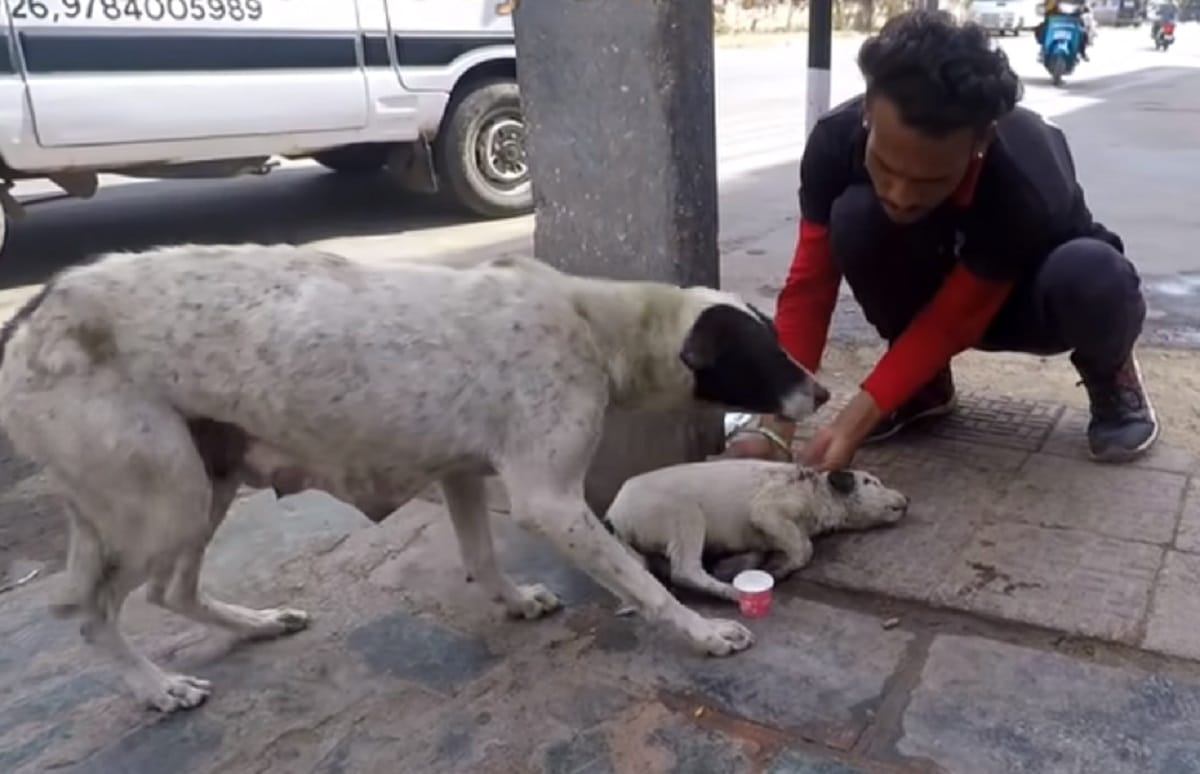 The mother dog stood by as her baby lay on the cemented ground. The little one was motionless, so the rescuers quickly checked what was going. The rescue-member had no idea what was wrong, so he gently scooped the puppy up to examine him. But even with the slightest touch, the little boy whined and cried in pain.

The puppy had two deep puncture wounds on his shoulder. So no matter how gentle and careful the rescuer was, every move caused her unimaginable pain. And when bay cried, mommy dog cried too. 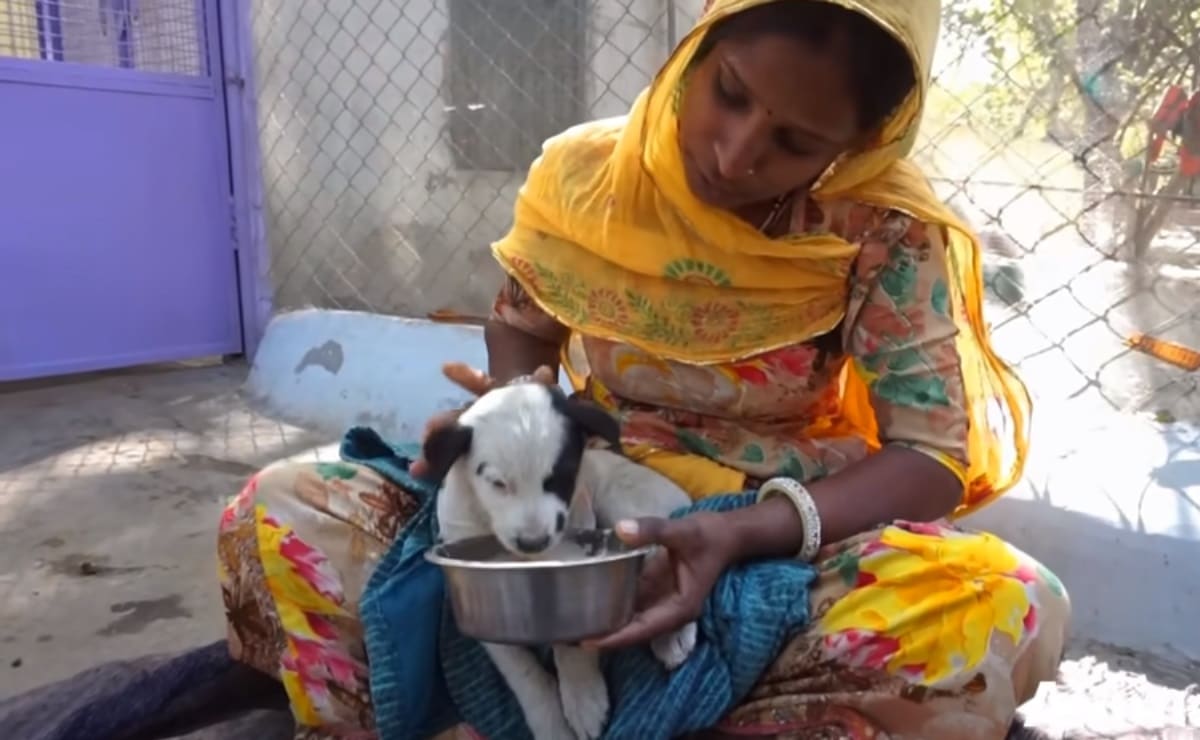 Although anguished, the mother dog seemed to trust the rescuers. She let them carry her baby away. She knew they were his best chance to get better.

At the rescue center, the staffers treated the puppy’s wounds. They had to disinfect the area too to contain the infection. It was a painful healing process, but the little guy remained brave and strong. 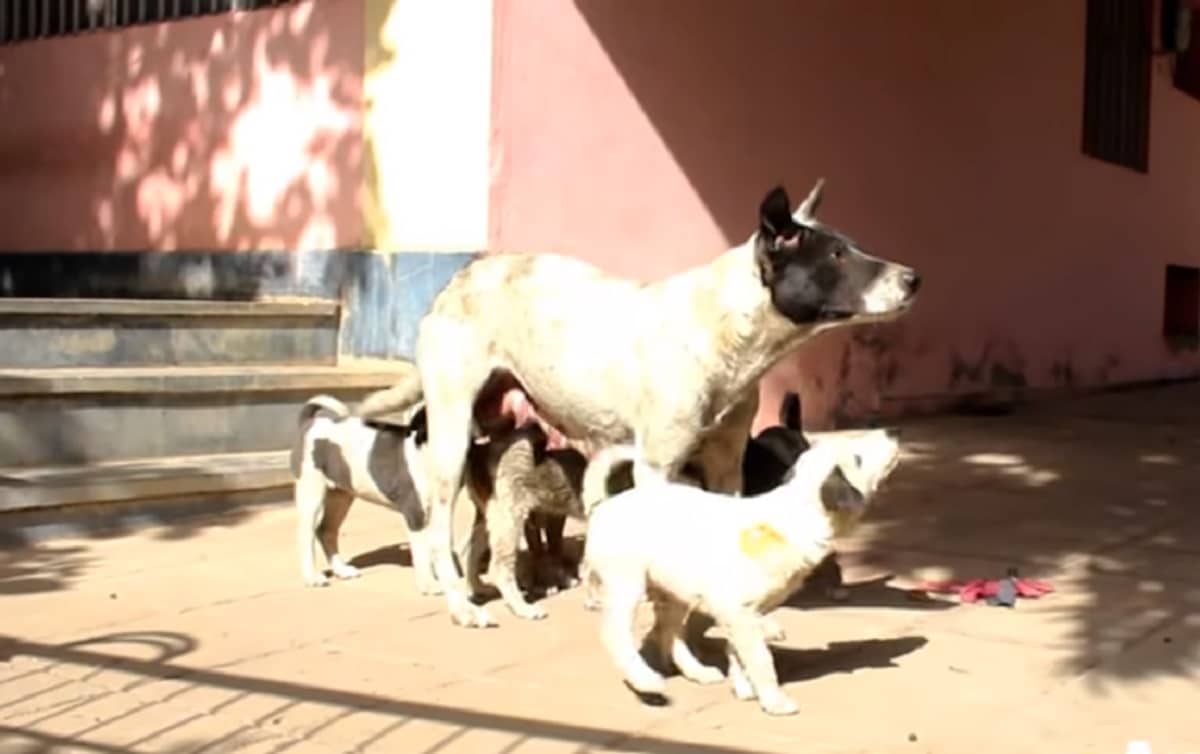 A couple of weeks later, the puppy healed completely. Everyone at the rescue center loved him. They wanted to keep them, but they knew someone waited anxiously for him.

Once the puppy made a full recovery, the rescuers drove him back home and reunited him with his mom. And while neither of the animals could talk, they were incredibly grateful for the people who helped. 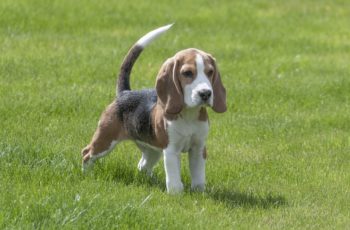 Whenever a human feels sick or needs to be rushed … 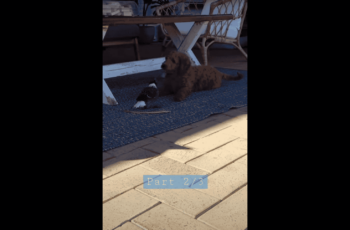 It is absolutely rare to witness a dog engage in …