Tia Torres, the founder of the nonprofit animal rescue organization Villalobos Rescue Center (VRC), received a call from a shipping company that talked about a homeless dog. According to the man who ran the place, the dog showed up at their facility one day and never left. With all the ginormous trucks and trailers coming in and out of the yard, it just wasn’t safe for the dog to stay there.

Quickly, Tia asked her colleagues, Earl and Toney, to rescue the dog. She gave them all the pertinent information they needed to know to safely and successfully capture the stray dog. But while the rescue partners came prepared, they didn’t expect their work would be much harder than they thought. 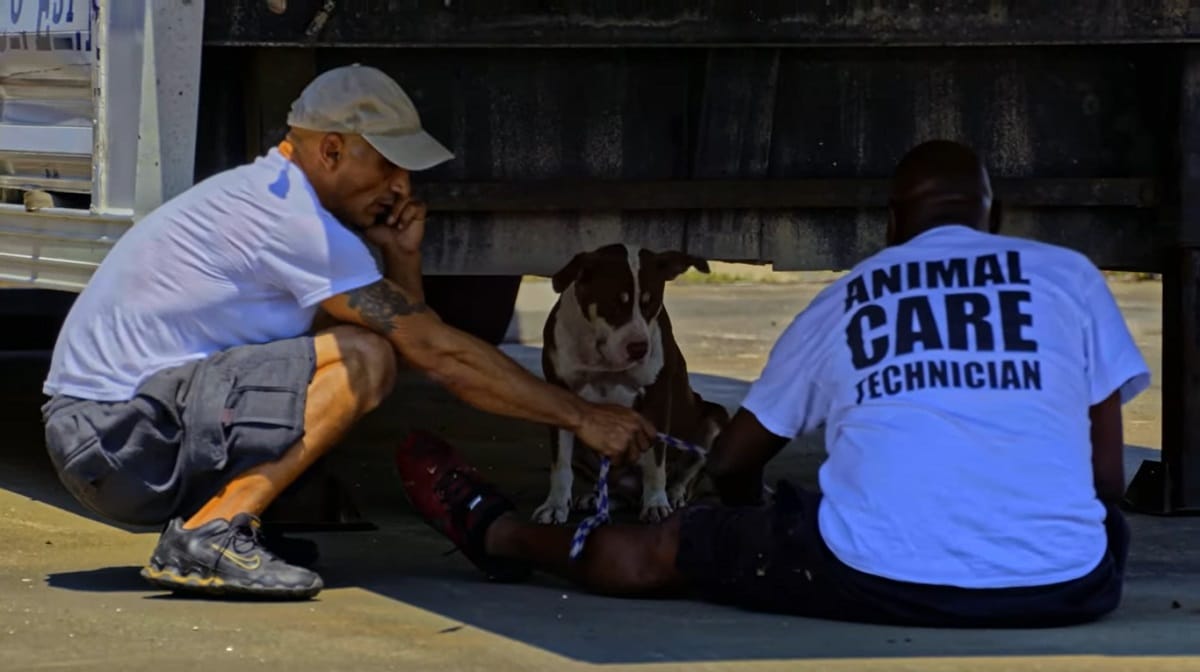 Once at the said shipping yard, Earl and Toney canvassed the area and realized there was too much open space to cover. Thankfully, one of the security guards showed up and led them to where the dog usually stayed. Under a trailer, the dog, now called Brit, sat peacefully as she hid from the heat of the sun.

The rescuers offered Brit some food to try and gain her trust. She finished her meal but she looked famished so they gave her two more cans of dog food. But even after finishing all three cans of wet food, she didn’t let them place a leash on her neck. She just wasn’t ready to trust them. 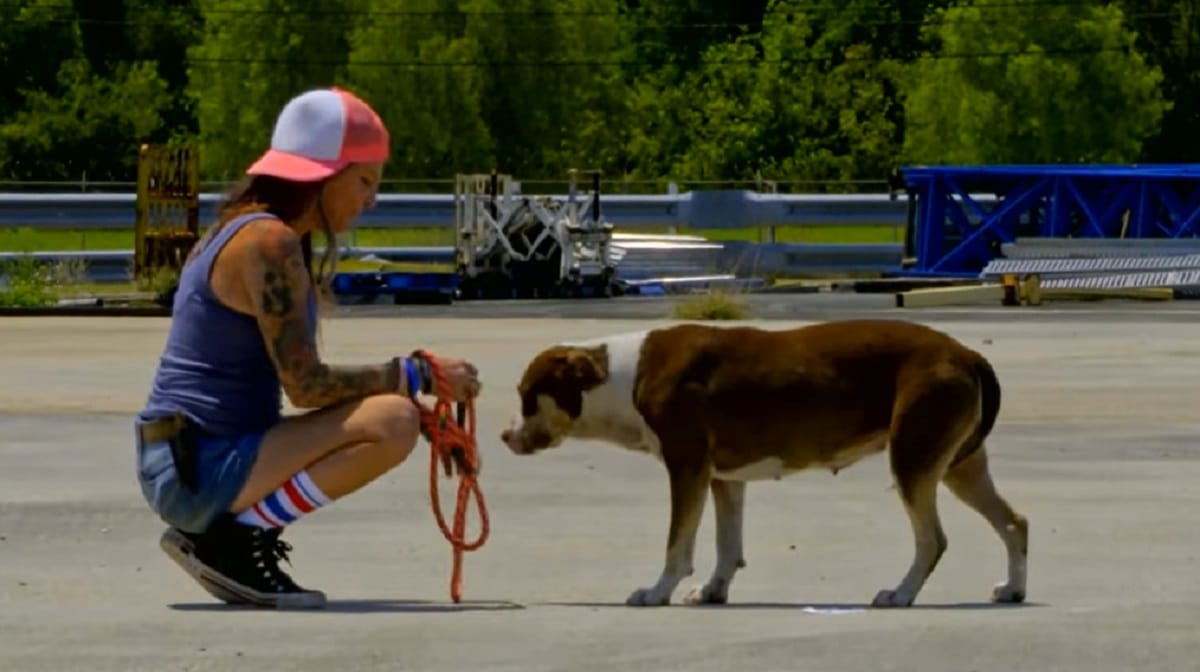 After a while, the rescuers agreed they needed some reinforcement so they called on Elise, a VRC employee. Immediately she drove to the shipping yard. The moment she got there, she tossed a squeaky toy in the dog’s direction, and to their surprise, Brit walked toward her without hesitation. 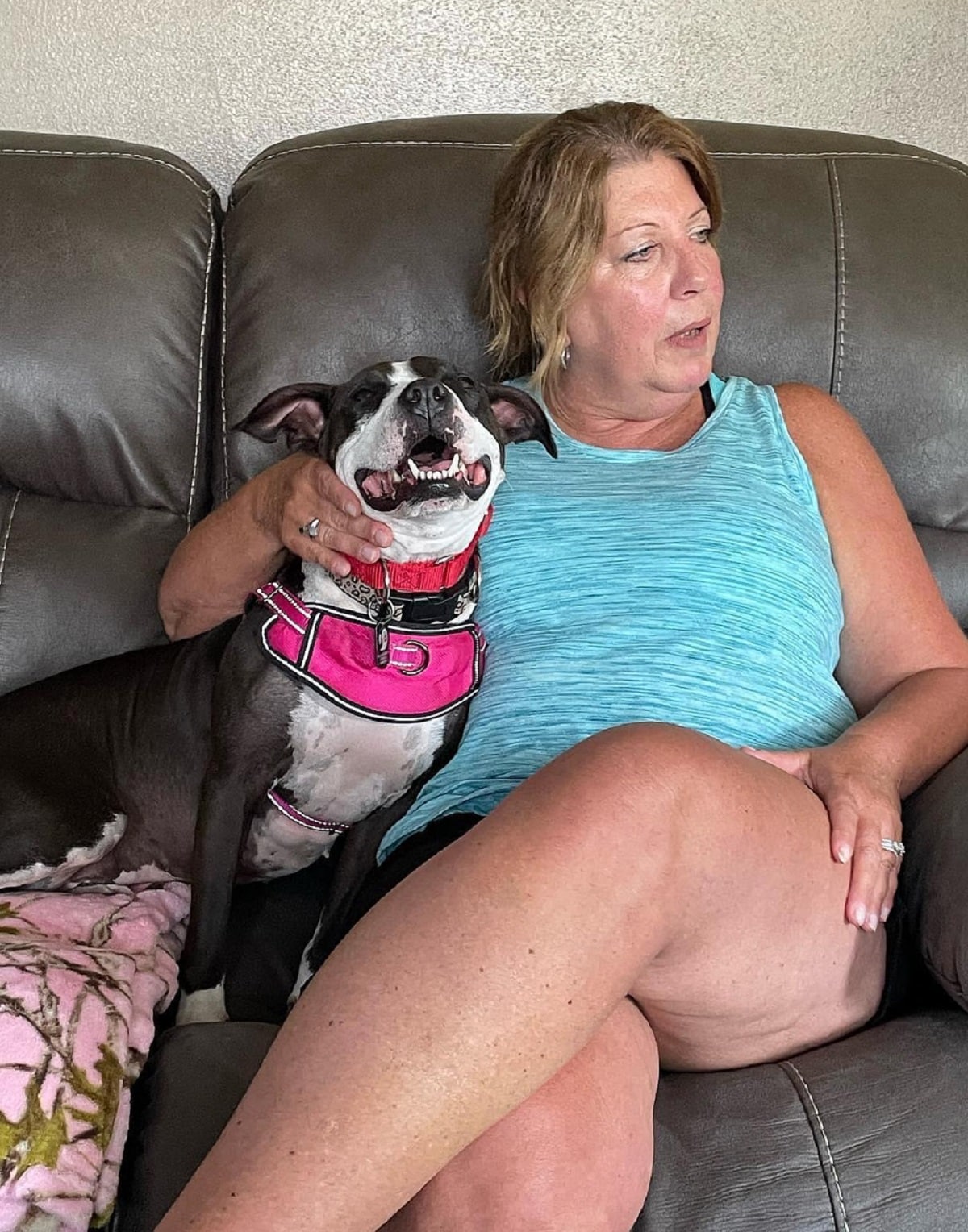 Brit feared men probably because of a traumatic experience, hence, she found it hard to trust Toney and Earl. But when Elise showed up, she knew she could trust all of them. She was happy that they came and rescued her.

There was no saying for sure where Brit came from but everyone knew where she was headed – to a nice home. Staffers of the VRC took their time until they found her perfect match. Today, Brit is safe, happy, and well-loved in her new home. 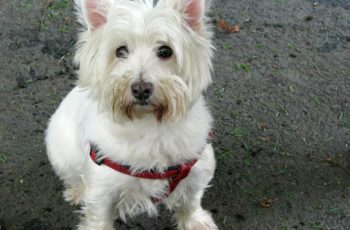 Having Therapy Dogs is a trend that continues to rise … 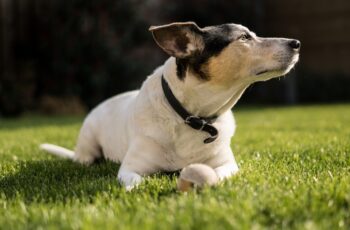 Fur parents know how much their canine buddies crave affection. …