It can get pretty wild when you throw a party for 12 dogs. However, the Lending Paws Pet Care has the “goodest” boys and girls. So, its owner, Aubrey Thweatt, and her clients do not have anything to worry about.

Aubrey always ensures to hold a special party whenever it is someone’s birthday at the doggy daycare. The celebration is complete with goodies, party hats, and even pictures to commemorate the dog’s big day.

My dog Esther went to a birthday party today 😂 pic.twitter.com/5ReL61K6kR

According to Aubrey, she started the birthday pictures and goodies with her own dogs. Then, when it is the birthday of one of her client’s pups, they would also send goodies for the group. Things just evolved from there.

Whenever it is time to pose for the birthday party photo, the dogs have become pros. They even wear their party hats.

Recently, Rosemary, a gray pit bull, celebrated her 4th birthday at the doggy daycare. Aubrey snapped a photo of the dogs as usual. To her surprise, the picture went viral after one of the dog owners shared it on Twitter. The netizens could not get over the unique expressions of the dogs as well as their expert sitting skills.

Aubrey said that they do group pictures every day, so the pups are already used to it. They also do the “sit” and “stay” command all the time. They have lots of fun, and the dogs know what it means when Aubrey says the phrase “picture time!” All of them would run in the direction that Aubrey is walking to and find a spot to sit.

The doggy daycare is run like a regular house. The dogs can play in the backyard, take a nap, and get lots of praises and treats. Because they have been together for years, the pups have become best friends. They also look forward to being with Aubrey, who loves cleaning after the dogs and ensuring that they get lots of playtimes and socializing. 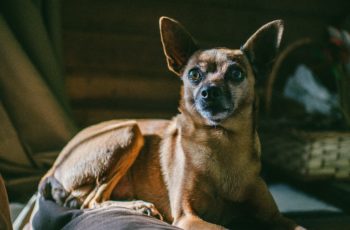 A woman called Vida Tuch sent a text message to … 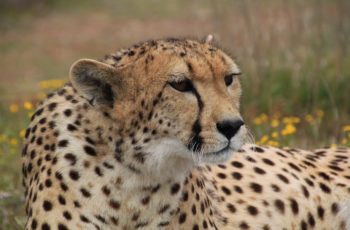 At a zoo in New Jersey, an unlikely duo of …