There are particular moments in our life when need to react instantly. It is a decision that defines who we are. These are situations that separate heroes from the rest.

For Officer Carson Howard of the Conway Police Department in Conway, Arizona, protecting the community is his job. he does this every day and loves every minute of it. But in one particular incident, his bravery and selflessness made him a hero to many people’s eyes. That incident was captured by his bodycam.

Officer Carson was in his police car when a call about a burning house came through his radio. He was near the area and he quickly directed his vehicle towards the emergency.

At the start of the one-minute clip, you would see the kind cop driving to the area as fast as he can. When he arrived, he jumped out of his car right away and made a mad dash towards the house on fire. You would see that the flames were at the front and they were growing bigger.

The cop sees other responders, and without even stopping, he asks them if there were still someone inside. When the others nodded, he has already by the open door rushing in. A thin layer of smoke was already wafting in the air and it gave off an eerie tint of gray to the interior.

Officer Carson then found himself in the living room where one man was frantically trying to get his dog to safety. There was also an older woman sitting by a couch. Both of the humans were confused and disoriented, crying and yelling about the situation. The man pleads for help while trying to drag his dog out.

Using his training, Officer Carson directs everyone to get out. He knew that he had to take the lead as the residents were already panicking.

In a few minutes, everyone was out in the front yard, away from the smoke and fire.

The Conway Police Department recognized Officer Carson’s bravery and posted the clip from the bodycam on Twitter. They knew that what he did was a great example of selflessness and dedication to their duties.

The video has gone viral since and many have commended the cop for his courageous action.

Ofc. Carson Howard with Your CPD arrived at the scene of a house engulfed in flames & without regard for his own safety, he immediately ran into the burning home. He led 2 people & their dog out to safety. He's a great example of selflessness & the Heartbeat Behind the Badge! pic.twitter.com/Ll22NJS93z 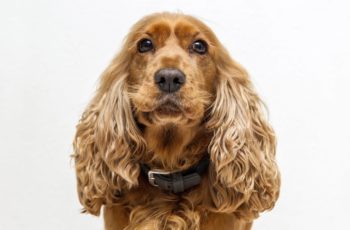 While we wished dogs would live as long as we … 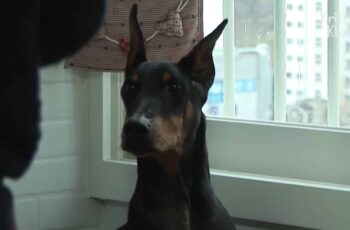 Seunggi, a young Doberman, lived with his fur dad and …